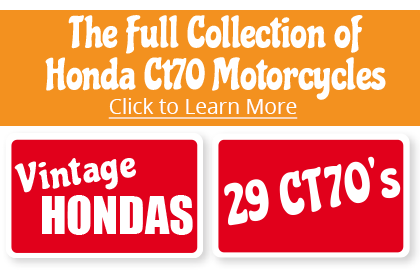 We have collected in Phoenix, Arizona over the past 20 years a representative sample motorcycle for each Trail 70 CT70 in the US: “Every bike, Every year, All colors, All gears.”  Each bike is a running, unrestored, and  nearly stock original; most have titles.

The “Online Museum” and full bike catalog is available for viewing at www.trail70.com along with select information and other useful links.

As a Museum our goal is to educate and provide information to Trail 70 enthusiast worldwide.  We do strive to find the best available bikes at a fair price.  If we can replace a bike with a better example of the model or color for a fair price we will.  The condition of these motorcycles does vary from our ‘near mint’ very early 1969 Model KO to a ‘good’ quality K3 in sapphire blue.  Housed in what we call the “Museum Building” we keep a representative sample of the whole collection; usually ten to twelve bikes.  Some bikes move in and out of the building if they are being run, cleaned or serviced.  The balance of the collection is kept in the “Shed Building.”  Since we are located in Phoenix Arizona, the shed is a fine dry place to keep the bikes.  The Shed, being 36 feet long and 6 feet wide is specifically designed for the storage with removable panels.

The Museum Building is vintage 1940s exposed brick garage and is generally decorated to match music of the late 70s and early 80s.  For fun there is an album cover mounted on the wall to match each year of the CT70 release.  In keeping with the era for the 1991-94 releases we used CD covers, rather than 12” album covers. 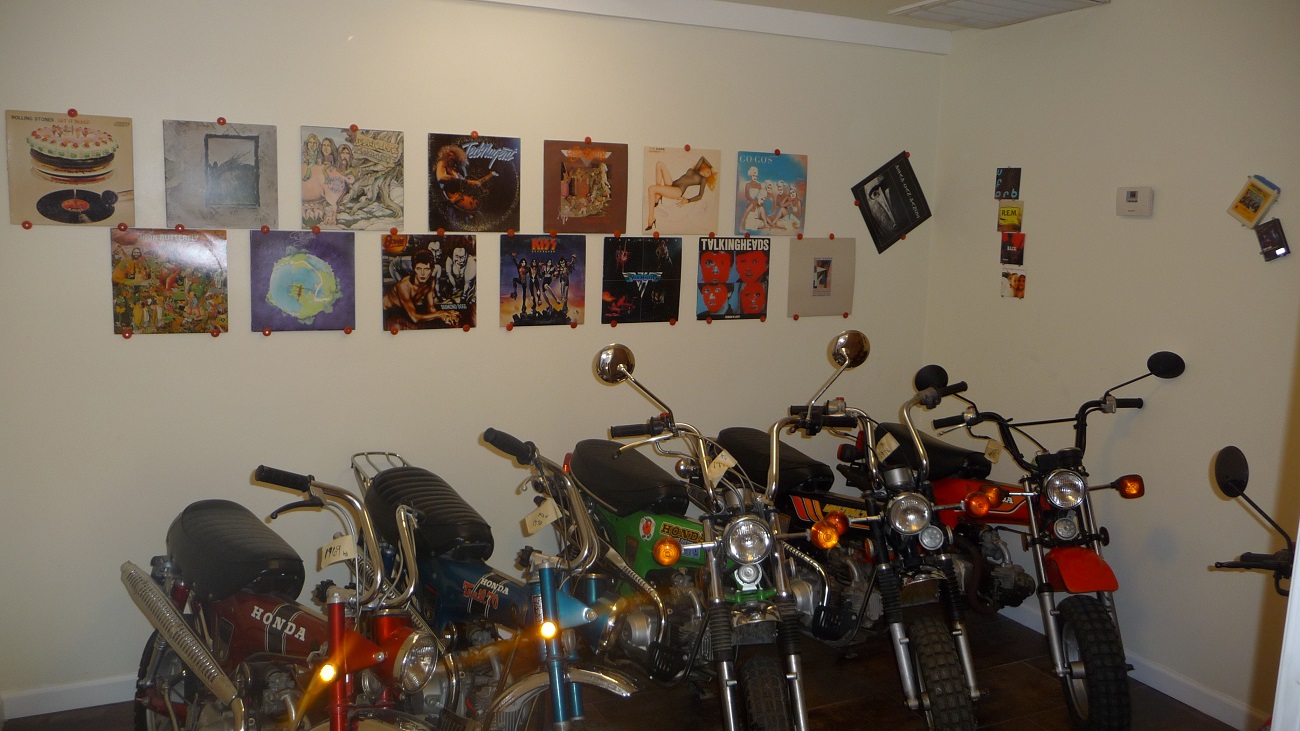 Regarding the permanent collection of motorcycles in the Museum Building one must start with the near mint condition red KO.  Having 119 miles on the odometer since production in 1969, this bike is what is known as a ‘proof bike’ meaning a low mileage, early addition, being used as a marker against other motorcycles.   Among other rare features the bike has plastic brake levers, a Z50 stator cover (factory stock), and no baffle in the muffler, and bolts which mount the tool kit.  The bike has very little sun fade and even has the original high quality seat.

The main room as of this writing presents six motorcycles tracking the evolution of the CT70 from the original KO to the 90s version.  The bikes are years 69, 71, 75, 78, 81 and 1991.  Others including a beautiful Emerald Green HKO and Ruby Red HK1 are in the adjacent area.  It is interesting to see the progression in styles.

An added feature bike of the Museum Building that is not part of the regular series of CT70s is one of the best surviving ‘White DAX’ ST70 motorcycles known to exist.  This model cycle was specifically marketed to girls; in fact, it is commonly called the “Lady Dax”.  Although it does have a reproduction Lady DAX psychedelic seat cover in yellow, green, black and white (the original could not be repaired) every other aspect of this motorcycle is original. 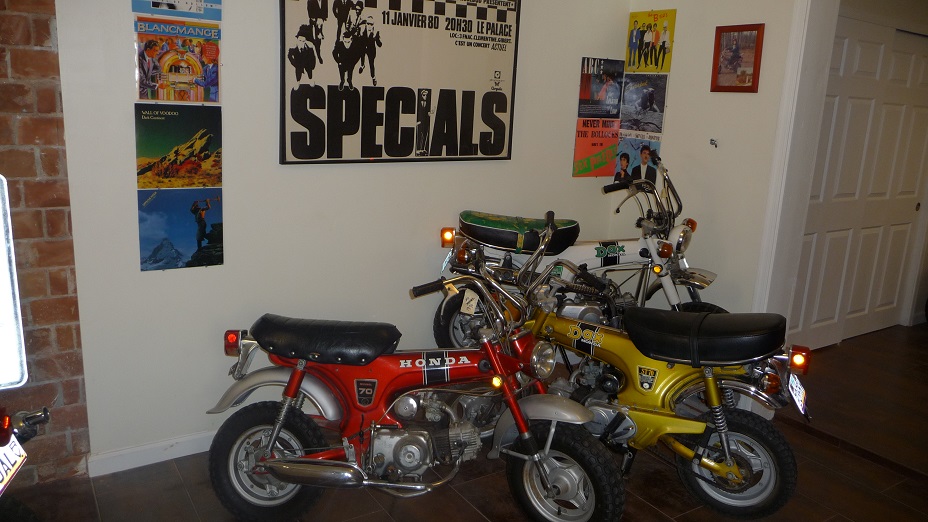 We have other import bikes which exhibit the ‘detachable’ front fork common in Japan, as well as a ‘type one’ ST70(CT70 model number, properly in this case) with the ‘ducktail fenders’ and low sitting exhaust.

Finally and just for fun we have two custom bikes.  One was repainted to match the previous owners 1972 Plymouth Barracuda in ‘bright blue metallic’ with Corinthian leather seat.  This gentleman from California stated he had over $5,200 invested in this rest-o-mod motorcycle.  The stock motor has been professionally rebuilt and bored to 88cc’s, he added custom exhaust, and racing slicks.  A very powerful bike, the cycle is not as fast as you might assume, since the speed is ultimately limited by the stock CT70 4-speed transmission.  The more interesting of the two custom bikes is the HKO with a 144cc Lifan motor, 12 volt system, oil-cooler, and custom exhaust.   This noisy and powerful “mini-bike” is impressive.  It took a great deal of care and effort to squeeze that motor onto an unmodified T-bone frame.  We have never confirmed top speed is in excess of 60 miles per hour, but the previous owner insisted he had it up to 60 mph with plenty of throttle left to go faster.  The idea of driving a mini-bike designed for a top speed of about 43 mph, at 65 mph or more does not appeal to our senses!  We will leave the speed test to the next lucky owner. 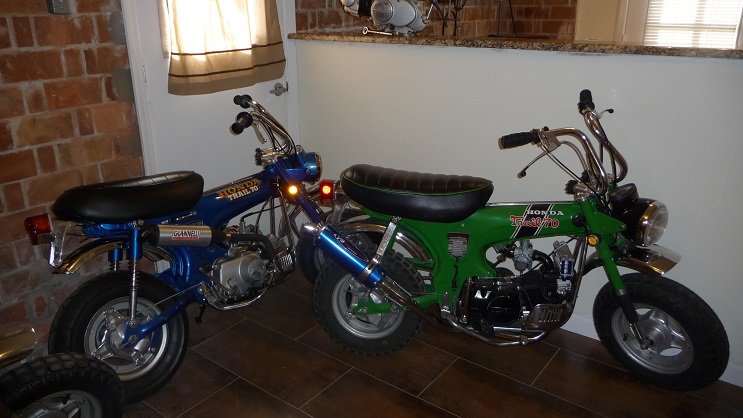 The Museum Building is open by appointment only.